Coming into the Covenant of the Father’s Cup 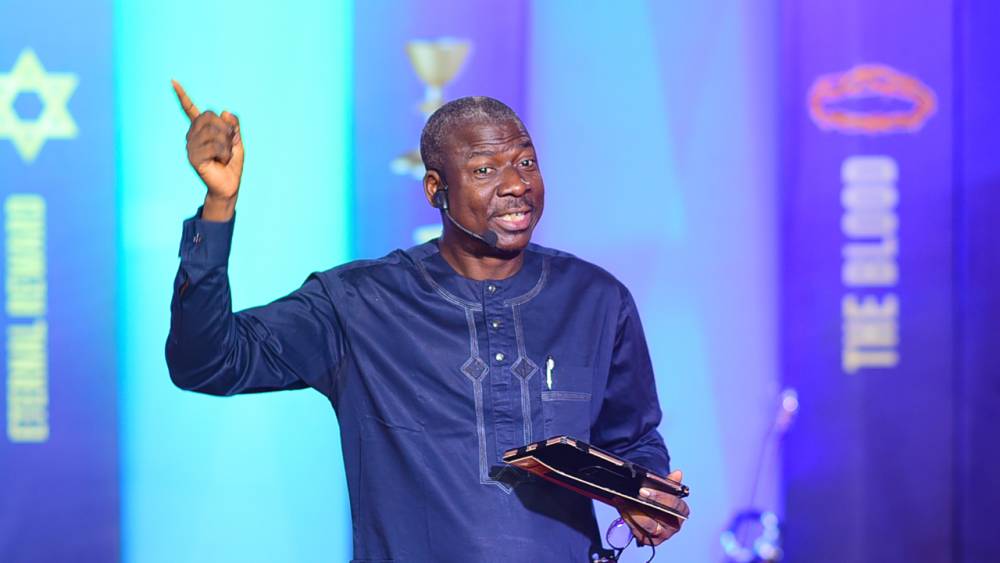 It is the mercy of God that has guided this company of ours to arrive at this table of the Father's cup. We should trust God to shed this same mercy across the whole body of Christ. Just as we have discerned the Lord’s body, we should also be able to discern this cup.

When discerning the Lord’s body, we are discerning what the body stands for and a cup of blessing that is attached to our discernment of His body (1Cor. 10:16; 11:29). The essence of the preaching of Jesus rests upon that blessing.

The cup that Jesus served to His disciples contained a blessing which is the blood of the New Testament (Matt. 26:28). Anyone who tastes the wine contained in the cup has participated in a life in the spirit. The cup is what connects a man to its content. There is a baptism that follows drinking every cup (Luke 12:50). The cup of Christ for the remission of sins is accompanied by the sufferings of Christ. Jesus was declaring that after the first cup of Christ, which is for the remissions of sins, there still remained another cup.

What Jesus Christ initiated on that night with His disciples was an opening of the testament of Christ to the church for the remission of sins. The first cup is the inheritance of the saints in light who have redemption through the blood of Christ (Col. 1:12-14). The purpose of this is to make men live the new life, which is the life of Christ.

Jesus called the first cup His own cup while He referred to the other cup as His Father’s cup. He was about to be upgraded into the second cup and would be the first man to partake of it. The remission of sins is an announcement that people are ready to move into the Kingdom of the Father. This is why a bread of preparation accompanies and precedes every cup. The bread is a sign that the cup is nearby because it measures out certain readiness for the cup which is the actual experience.

It was after the experience at the communion table that Jesus began towards the final cup which He had been preparing for all His life. Jesus partook of the judgement of that cup for years until He was ready to take that cup (John 5:20). Thus, He had been partaking of the bread of the Father’s will until He eventually arrived at the cup. His prayer at Gethsemane showed this (Matt. 26:39-42).

The Lord has been perfecting the works of Christ in preparation for the next cup. This is because the intention of the Father is to move men beyond the remission of sins into the realm of incorruption.

God is presently introducing us to a covenant within the New Testament. Just as the word of Christ has worked the remission of sins in us, God is introducing His own word to make men incorruptible. This is important because corruption can not inherit incorruption.

We have to partake of the cup of Christ often for the purpose of fellowship until we are fully baptised. Jesus served the communion to His disciples in advance of the advent of the faith of the Son that was going to come to the church. He did not want the table to be without the tangible experience of faith because men must be able to experience the life of that covenant.

The early church became epistles of Christ by the writings of the Spirit of the living God (2Cor. 3:1-3), but were yet to become the temple of the living God by the laws of God (Heb. 8:10). Christ and God are laws and both of them are supposed to be written upon men’s hearts.

It is at the entrance into the Kingdom of the Father that the new cup is situated to ensure that men participate in the communion of that Kingdom. The children of Israel were to be both brought up and brought out of Egypt for them to be planted (Exo. 3:8). To be brought up is to be raised up as Christ. That raising is necessary for them to be brought in and planted. The raising of the wilderness was very important for them. They had to be raised up first before they would be brought in. How they were raised up was by introducing them to the ways of God just as Christ is the way, truth and life (John 14:6).

The reason sudden madness has come upon many nations of the earth is that a different cup is presently being served to them - the cup of abomination. It will take another madness to confront the madness of this world. Paul was drunken with the cup of the New Testament and was regarded as mad (Acts. 26:24-25). In this season, we are going to be circumcised with the love of the Father. We would be overtaken by HIs love.

On His way to taking the cup of the Father on the cross, Jesus had to confront Satan directly (Matt. 16:23). He also had to be drunk of that cup to suppress His own will, knowing fully well that the will of the Father must be done. Jesus had met the enduring word and had taken a wine that made Him act unusually and in a manner that can not be explained by rational minds. God is going to raise an unusual breed of men upon the earth these days. He is going to hasten our journey in Christ and reassure that the Father is waiting on the other side of the veil for us.