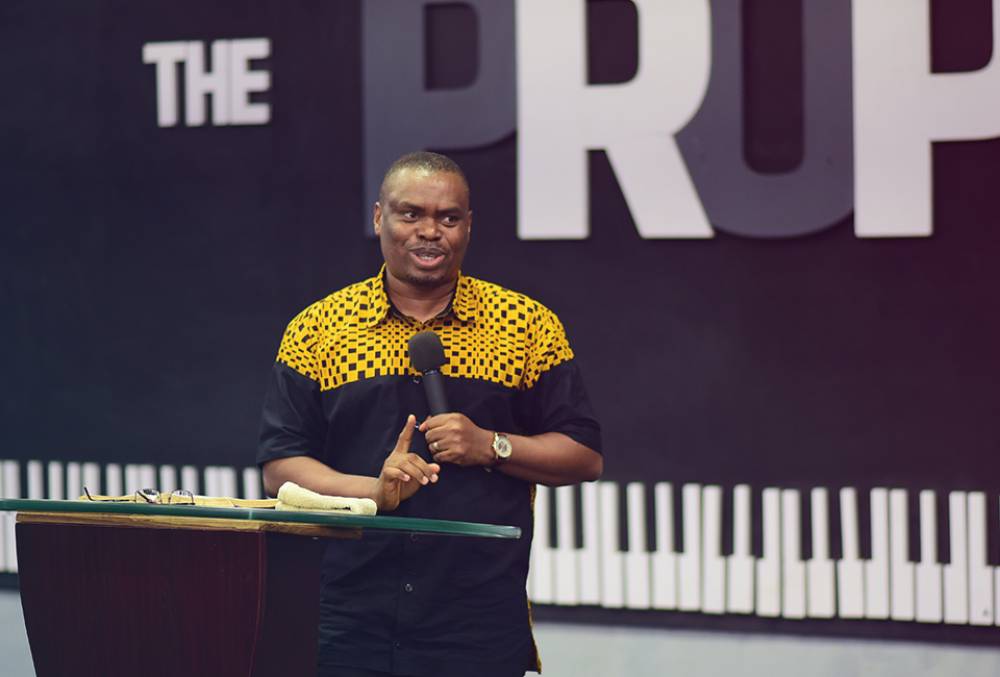 The vision has to be written to enable one run purposefully. This passage captures the vision of God, which is to bring in everlasting righteousness. Without this everlasting righteousness being brought in, the most holy cannot be anointed. This speaks of the oil of gladness which Jesus was anointed with (Heb. 1:9). The most holy is one who has journeyed to a place where the oil of God could be poured upon Him. While the apocalyptic calculation of the weeks is not the essence of this prophecy, we must understand that this pertains to the church more. It is a sad development that many ministers have gone into trying to find God’s will through Israeli calendar, feasts, among others.

That this prophecy pertains to the church is evident because the angel said these things are determined to “thy people”. These people are not to be misunderstood for Israel. There is something about Daniel that made him stand out. It is why he was called “beloved” (Daniel 9:23). One major thing that makes a man beloved is the revelation of God to such a one. The word, “beloved” speaks of the activities that take place between Christ and God. I am not speaking of the kind of love we read in John 3:16, I am referring to what the Lord meant when He said, “the Father loveth the Son” (John 3:35).

It is also written concerning this prophecy that the wicked will not understand. What makes a man wicked is refusal to depart from his ways (Isaiah 55:7). A man who is full of his ways will not come into understanding of the thing that pertain to God. When a man is called “greatly beloved” by Heaven, like Daniel was, it means he has been consistent in the things that makes a soul loved. The things that make a man greatly beloved is having and keeping commandments that have been given to him (John 14:23).

These are the things that made Jesus beloved also for God testified concerning Him at Jordan when He said, “this is My beloved Son in whom I am well pleased” (Matt. 3:17). Every word that came out of the mouth of God the Father to Jesus was an unveiling of righteousness to Him. Beyond the receiving/hearing of those commandments, the Lord was able to obey them. You can be blessed by receiving revelation knowledge but when you do/obey what you have received, you come into being a beloved of God. It is not possible to be beloved of God without righteousness.

That Daniel was called “greatly beloved” means he must have been a keeper of some sort. He must have kept God’s commandments in a measure. There are certain manifestations and dimensions of revelation/unveiling that we will never come into until we obey righteousness. Revelation is the unveiling of Christ, not an unveiling of yourself. As a soul obeys the revelation of Christ, it prepares itself for the revelation of Christ through it.

When you become beloved as a result of having kept commandments, you get to a place where nothing you ask will be withheld from you. This is why the Lord could say, at Lazarus’ tomb that “I know thou hearest Me always” (John 11:42). When that angel spoke to Daniel about “thy people”, he meant a manner of people who have come into the kind of economy in the spirit that Daniel was partaking of. These are people who must have journeyed to a place of holiness which Christ represents.

These men must have lived by the faith of the Son and are knocking on the door of charity; a progression that makes them beloved. Although transgression has been dealt with from the beginning of their journey, it will be terminated for everlasting righteousness to be brought in. We will be making a big mistake when we think of sin in terms of acts. Sins are more than just “acts of wrongdoing”; they are diseases of the soul that will be revealed as everlasting righteousness is brought in. Those things might not have been acted out but the fact that they are there shows that the soul is not well.

The closer we get to the light, the more obvious our tendencies to do wrong are revealed. There are infirmities in the soul that lay low in the soul. What brings them out is intense light. This is what the Lord is doing in this season: there will be much intensity of light that things will be unveiled that have been hitherto invisible. On this matter, no man can beat his chest before God who even finds fault with angels. It is as everlasting righteousness is brought in that we are helped. Part of the help we will need is the restoration of every virtue that had been stolen from the soul. This bringing in of everlasting righteousness is what will seal up the vision and the prophecy.

When the Bible says, “when the seventh angel begin to sound, the mystery of God should be finished” (Rev. 10:7), it means God would have finished unveiling everything that is needed to deal with corruption. Interestingly, as God deals with sin within us, He is also dealing with sin and corruption that is in creation. This is God’s plan to bring redemption to creation. God will not go cleaning up and getting rid of sin in creation, He has to do it in man first. This is why “the earnest expectation of creation waits for the manifestation of the sons of God” (Rom. 8:19). This is why man is very important.

Dying to self is a commandment that Lucifer would never obey. The reason the blood of Christ was compared to that of Abel is because there is some kind of similarity in their testimony; they both died in pleasing God (Heb. 12:24). This death is a testimony to the fact that no man can get the will of God done without dying to himself and interests. The plan of God now is to make man (who is the crown of creation) obey the commandments of everlasting righteousness that are older than creation. These commandments are alien to man because they are older than this present arrangement (heaven and earth).

When creatures/creation obeys the commandments of God which are older than creation, creation is upgraded. What God did in Christ is to show us that man can obey righteousness. We are admonished to set our affection on things above (Col. 3:1-3). The realm called “Above” is NOT Heaven; it is God!