Overcoming by Resurrection of the Dead 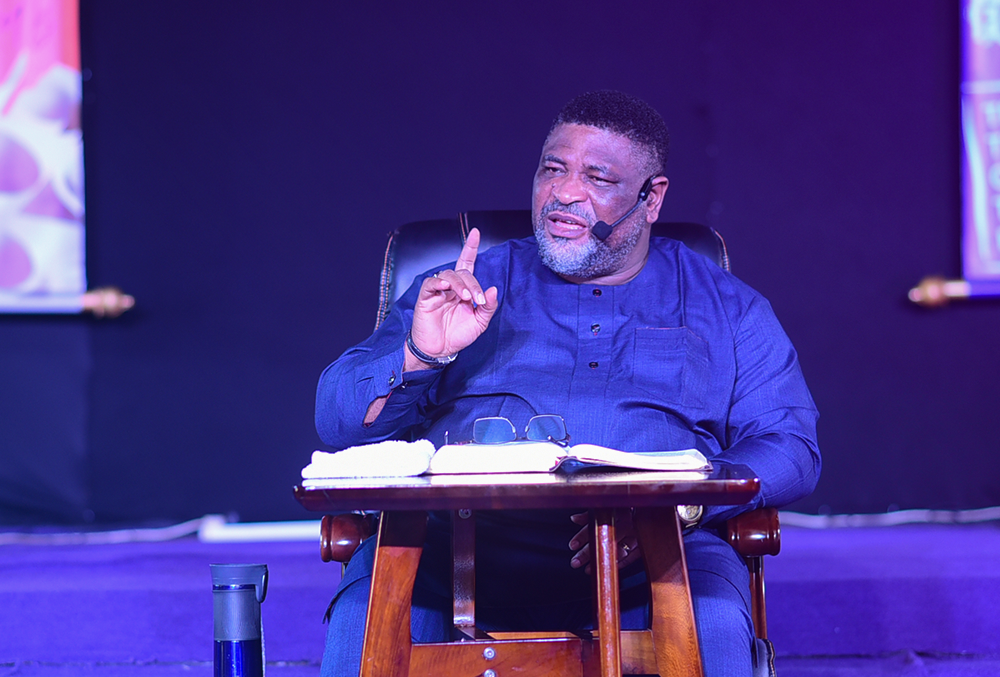 We need the gospel of faith to respond to a demand of God in the spirit. There is a posture faith presents in a believer. In the spirit, those who have not lived by faith have not embraced the power of God.

The “gospel of your salvation” in Ephesians 1:13 is not the glad tidings. The eyes of understanding of Ephesian church had not yet been opened, and the message that was preached to them was the gospel that got them  born again. Therefore, they still had their own things; their own faith and love (Eph. 1:15-17). There is an allocation of our things which are not yet God’s. Paul needed to move that church from their own things to the things of God.

The provision for resurrection includes two entities: Christ - the power of God; and Jesus Christ - the son of God. The latter is the peak of the resurrection of the dead. In the curriculum of resurrection, there is no way you can be raised to becoming the Son of God except you have received the power to become it (John 1:12). The name that dispenses this power is the name of Christ. That's why the name is for the obedience of faith (Rom. 1:5).

Jesus was the first man to receive the fullness of resurrection; He is the “first begotten of the dead” (Rev. 1:5-6). Jesus is the first full son of God; He is the begotten of God. The kings of the earth that Jesus rules over are certain men who have established reign over the earth; not naturally appointed kings.

To “reign on the earth” is beyond taking earthly dominion and occupying places of rulership on earth (Rev. 5:10). Reigning on the earth first of all refers to our body having authority over one's body. A man’s dominion capacity can be told by how much authority he has gained over his body; which is his earth. The outward man was designed to be reigned over; he is your earthly domain. You are a king if you can conquer him and bring him under subjection. This is why full sonship is tied to earth. The resurrection of the dead is the subjection of the body.

This task is a conquest that can not be accomplished without resurrection. It is the attainment of the resurrection of the dead that will bring victory over flesh and death. There is something death and our flesh have in common. The covenant between our flesh and death goes so deep that our body has become a graveyard. Death remains in the body because of sin. This vile body is hanging on a kind of conversation and our body would not be changed until this conversation is disobeyed and taken out (Phil. 2:21). Without disobeying the conversation of sin vengeance would not be meted out against our vile bodies. It is Jesus who will change our vile body; no saint shares this authority with Jesus. There are certain powers that are reserved solely to Jesus.

The Son of God has the right of way to use the power and authority God uses. He was given the rod of iron to put all enemies under His own feet. God is using Jesus to put all things under Him (1 Cor. 15:23-28). After all things have been put under Jesus, then Jesus Himself will become subject to the Father.

The conversation that will change our vile body is from the height where the Saviour is (Phil. 3:20-21). It is only God that can save us from death. There is no amount of confession of immortality that can save us from death. We cannot attain salvation by sheer will. This is because sin and death came in by obedience. Obedience is a program that a man follows for a lifetime. What Adam brought into the scene was a way of life that will eventually end in death. After his life had been obeyed, death began to reign.

As we grow in knowledge, we are able to discern the stature of iniquity. Reserved inside the tree of the knowledge of good and evil is a seed that can enable man to commit the kind of sin that is fit for the lake, like the fallen angels. The full stature of that tree is what prepares a man for the second death. Although Adam and Eve partook of sin and death, they did not die the second death because they only partook of a measure of that tree of the knowledge of good and evil, not its fullness. Satan is aware that his tree has its own life and immortality. The ‘life’ of the tree refers to death, while its ‘immortality’ is the second death.

Anyone who is not obeying faith is in death and continues in sin. The spirit of such a one may be quickened while the soul yet continues in sin. If such a soul does not take caution it can finally die the second death irredeemably. What successfully combats the full stature of the tree of the knowledge of good and evil is the resurrection of the dead.

There is the resurrection from the dead which our spirits have already taken part of. However, there is yet a resurrection of the dead that is required for us to have victory over death. There are measures of the resurrection of the dead. It has its fullness also. Life and immortality is in the gospel not in believers (2 Tim. 1:10, Isaiah 52:7). There is a way a carnal man will ignore this gospel because of sin and death in him. Even pastors and ministers will. That you are a pastor does not mean you are not carnal. No man of God has power to finish meeting the natural needs of people.

Demons are the ones that preach that your major need comprises clothing, shelter, money, and other physical things. This is the gospel of demons; they make men look for mammon.

“How beautiful upon the mountains are the feet of him that bringeth good tidings, that publisheth peace; that bringeth good tidings of good, that publisheth salvation; that saith unto Zion, Thy God reigneth!” (Isaiah 52:7). There is the good tiding, and there is the good tiding of good. The former is Christ, and He has His own tiding. The latter is God He also has His own tiding. When you say something is good it means that thing is enduring. There is no good person in the universe than Christ and God; both are so good that they are better than the heavens. Heaven is good but it is not good enough. Heaven is not as good as Christ. Christ is the new good. The new good is Christ.

Men suffer for many things in life. They suffer to have a name here on earth, yet they deny the suffering of Christ. This is because Christ’s suffering is designed to deal with what men love. It is designed to deal with flesh. The westerners can suffer serious adverse conditions, but they won’t choose to suffer Christ’s suffering. This is because Christ’s suffering is God’s wisdom to deal with what we love the most. We should be able to endure suffering to get Christ who is good. He is not dealing with it for His own benefit but for us! We must let people see that all God wants to give is good. God is good, Christ is good, but God is better than Christ. Both Christ and God are life and immortality.

The hour of the change of our body will not occur until some who have been raised have attained the stature of the resurrection of the dead. Our conversation is in heaven. It is in heaven yet higher than the heavens. This conversation of ours is the person of Christ and of God. The Son of God is He whom God begat. There are other sons who are not begotten. Such have sonship that is not yet at God’s own level but there is a Son which God gave birth to as it is written, "For unto which of the angels said he at any time, Thou art my Son, this day have I begotten thee? And again, I will be to him a Father, and he shall be to me a Son?" (Hebrews 1:5).

The word 'begotten' should not be used anyhow. To begat means God is giving birth to all of Him. The Bible says, "So also Christ glorified not himself to be made a high priest; but he that said unto him, Thou art my Son, to day have I begotten thee" (Hebrews 5:5). What God does with His day is to begat. The day of God is about the administration of the materials that make up the Son of God. It is only God that will have all things subject under Him. This power of subduing things is a working of God’s ability. Death also has this genetics. Death is a ‘kind of God’ that an angel is. It has a subjective capability. God gave scripture to death and when death saw it he put it under bondage. God made gods who can sit around him but God made a God that He Himself begat. To be a God is to come into gladness.

To be exalted is to be excited. Another word for exaltation is enjoyment. The Almighty God is a glad Entity. Although God is calm, He is highly excited and the oscillation of His excitement cannot be measured by man. God is excited beyond time. He must have reduced His excitement for creation to see Him in a measure, He reduced His excitement. At resurrection, Jesus’ bones rejoiced. This means His bones were excited from mortality to immortality. His body gained the same speed because of the excitement of the molecules of His spirit and soul. It is joy and gladness that cause resurrection. Changing us will take the message of gladness. We cannot change until we embrace the message of good tidings of good.

It is possible to lose things, yet they do not mean dung to us. To attain the resurrection of the dead, things gained to us must become dung. The personalities and identities that Paul mentioned as "loss of all things, and do count them but dung", are actually graves. They are places where a man can be found. They are hiding places. They are names. We must be nameless before we can be named (of God). Not having a name is like being beheaded. We must lose our names to inherit another name. God will scrutinize us, to check if we don’t truly feel bad for losing something or not having something.

The resurrection of the dead is not by our zeal. It is a task on your soul. The identities of earth are death and jackets of the grave. This is however not about having or not having things. It is not by self-imposed circumcision, but the path of the Spirit. There are things which when Satan pushes, he is sure you will react. Such things are the things of the dead. Our desire to become something other than God must die and the death of this is your resurrection!