The Activities of the Day of God 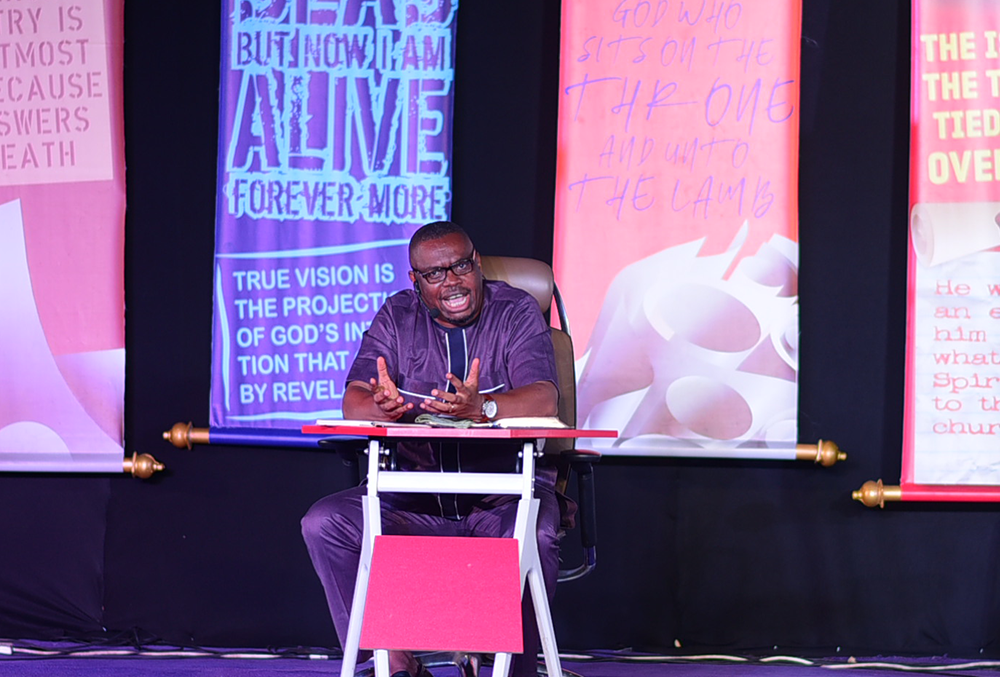 There are certain scriptures meant for specific seasons and they will not open until the time appointed. The scripture is not a mere book; it is a work of spirits that will not grant men access until the time for it has come. When this happens, men will go to and fro and will not be able to come into understanding of what has been written. When the time comes, however, the veil gets lifted and understanding comes. An example of this was Daniel, who wanted to understand matters concerning the end. He was told ‘the words are closed and sealed until the time of the end’ (Dan. 12:9).

Scriptures are calibrated and arranged in times and seasons. This time is not according to our calendar; it is according to our journey. This is why certain things will not be understood until a people journey to a particular place in the Spirit. These seasons tied to the opening of things in the scriptures are calibrated in journey. When we know this, we will understand that it is possible for a man to be ahead of his generation by reason of things that are open to them. An example of this was George Warnock who God was already dealing with on matters concerning the feast of tabernacles while the rest of his generation were still in Pentecost.

Another example of this was David. He said, ‘Thou, by thy commandments hast made me wiser than my enemies: for they are ever with me, I have more understanding than all my teachers’ (Ps. 119:98-99). The teacher of David was the Law. The wisdom he had more than the Law is the reason he had much insight into the New Testament. A man who is ahead of his generation will generate a lifestyle different from what obtains in his generation. This is why Daniel lived in a different manner from others in Babylon (Daniel 1:8). This is what makes a true prophetic generation. The truly prophetic generation is a people who are so aligned with God that they can bring His agenda and purpose to bear, and demonstrate it on the earth.

We are in the season of the tidings of God. I want to appeal to you not to doubt these things. Zechariah was rebuked by Gabriel because he did not understand that where he stood in the spirit was not a place that permitted doubt (Lk 1:18-20). Having heard the tidings of Christ, we are in the season of hearing the tidings of God. The season of the opening of God’s temple in the book of Revelation came because a people journeyed (Rev. 11:19). This implies the temple had not  been opened prior to this time. This feat would not have happened if that journey had not occurred. The opening of God’s temple is not a ritualistic thing, so to speak. If there is a ritual needed to open the temple, it is done by the journey of some.

God’s temple being open is not a function of visions or dreams; it is the giving of understanding. It implies that understanding will be given at a high level for access into God to be granted. In the realm of the spirit, access precedes participation. When access is granted, men will begin to participate in the life of God’s temple. In this temple, the ark of God was seen. This also implies that men will begin to come into actual comprehension of the New Testament. God has been waiting for a generation that will break into this via understanding. If the ark is to be seen, then it must be preached.

What is contained in the New Testament is the tidings of God. The New Testament is entirely different from what we think it is. The temple of God and ark being open also implies that a priest of things pertaining to God must have been raised. This is a priest that will not rest until he raises priests like Him. This priest that has been raised for us is our Lord Jesus Christ. The priests He wants to raise are men who will only preach what they have heard from Him. The thunders and earthquakes that followed the opening of the temple of God and the ark are manifestations of God’s throne.

Earthquakes, hail, lightning, among others, accompanies the declaration of God’s day. These happen to bring about the reign and glory of God. These things are the hub of the New Testament. In the days when this day is coming to the earth, men will hear preachings which have effects synonymous to earthquakes in the spirit. These shakings will move things from the soul that ought not to remain. The kinds of ministers and ministries that God is raising in this season will not be ordinary.

The day of God is also the bringing in of God’s judgment. This is why it was said to the Son, ‘sit on My right hand till I make your enemies your footstool’ (Heb. 1:13). One of the things about the ministry of the throne is that it is the only answer to death. This is because death is a kind of reign and a throne. The only thing that it cannot resist is the throne of God (Rev. 22:1-4). The throne of God is a throne of blessing; in other words, it is the throne of salvation. This is why the Bible says, ‘Salvation to our God which sitteth on the throne and to the Lamb forevermore’ (Rev. 7:10). The throne of Satan spits out a curse, which men love and are very comfortable with. It will take the tidings of God for the eyes of men to be open so men can see the curse of the enemy for what it is. Death, which is separation from God, will be judged because the throne of God is being declared.

This Convention will be a declaration of the things that make for the reign of God. It will come in as God’s sword against Idumea (flesh) which will sever souls from things that have hampered movement in the Spirit. This will continue until a people arise who will serve God day and night before His throne. By reason of what is happening, God will bring a lot of clarity and understanding to the church because this is the season of salvation.