(JULY. 2019 WTV) The Potency of the Ministry of the High Priest 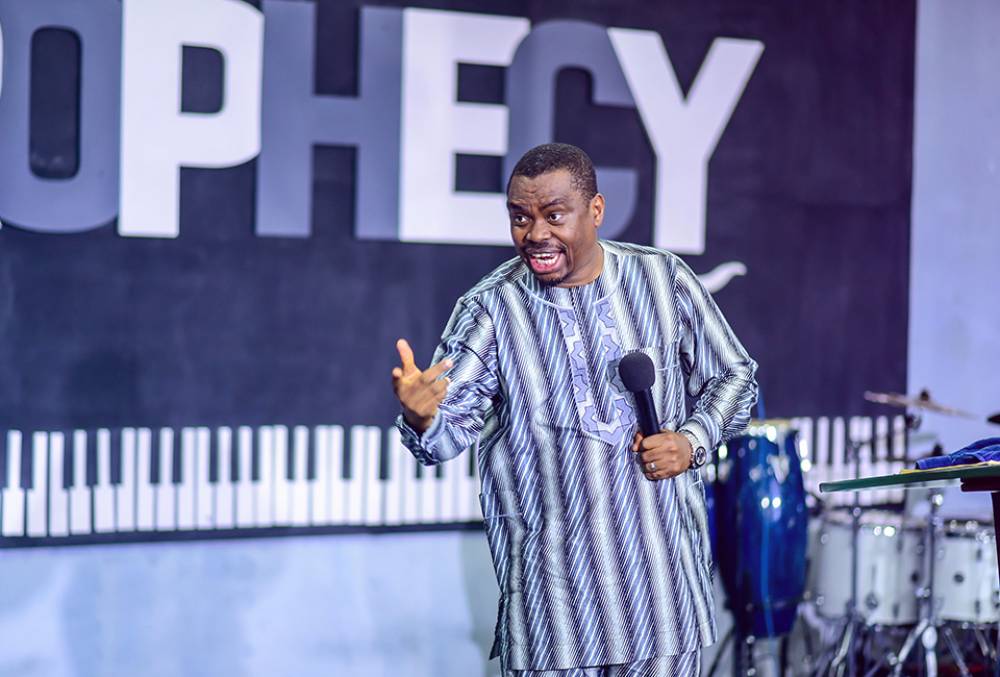 That the Bible says our Lord was “tempted in all points like as we are”, it means there are points of temptation. While it is true that there is no temptation we have faced that He had not faced in the days of His flesh, these “points of temptation” speak of a peculiar kind of temptation which our Great High priest is equipped to provide help against. Normally, temptations are borne of the lusts of men for it is written, “Every man is tempted when he is drawn by his own lusts and enticed” (James 1:14), but this particular kind of temptation is that which is supervised by Satan.

These kinds of temptations are those that come to sons. These were temptations that came to Him “though he were a Son” (Hebrews 5:8). The point of the unveiling in the book of Hebrews is that which Christ entered. This book is about how Jesus Christ entered into all the allocations of God that He has become today. It speaks of the transition of Jesus from being a man into a Being who could sit on the throne. The Bible says, “For in that He Himself hath suffered being tempted...” (Heb. 2:18); that was His path to arriving on the throne.

We must not forget that the person who tempted the Lord, in the days of His flesh, was a son who has sworn that no one will sit on God’s throne. He saves these kinds of temptation till the last moments before God pronounces the honour of divine sonship on such a soul. The type of temptation Satan often keeps till moments like this is that the soul takes the honour of divine sonship upon himself. Temptations, at some points, are according to your stature (1 Cor. 10:13). The numbering of Israel that David did might not have been an issue if Saul was the one who did it.

The major reason God took David’s life seriously is because his life was to mirror Christ every step of the way. There are heights where some souls get to where they are not permitted to do certain things, because of the sinister consequences they attract from men of that calibre in the spirit. Satan knows how to track sons of God and scuttle their steps. All these points that Jesus was tempted at were not points of lusts, because there were no lusts in this Man who alone did all things well. Despite that, the enemy never left Him. There are sins that sons commit, which are entirely different from those that children commit.

John, at his height, said “If WE say WE have no sin, we deceive ourselves and the truth is not in us” (1 John 1:8). Paul, speaking of this, said “the Lord came to save sinners of whom I am chief” (1 Tim. 1:15). While Paul was not trying to be humble, he said this because he (together with the other apostles) had been brought to a point/state of vulnerability. Part of the succor that our High priest grants to us as sons is an acute awareness of their vulnerabilities. This great High Priest that we have in our Lord Jesus Christ is all the help that we need.

Our Lord had enough mercy for the thieves that were crucified alongside Him. Even at the peak and height of pain bodily, He did not break the code of life by being rash in His words. With all that happened in His trial and crucifixion, He had no vengeance in His heart. God had taught Him how to sit in His soul before He sat bodily. The entire temptation of Satan in those last hours of His was to unseat Him. These temptations that come to sons are temptations against leading. This is not leading in terms of choice making; it is leading with respect to staying within arrangements of the Spirit.

The Bible says, “as many as are led by the Spirit, they are the sons of God” (Romans 8:14). As you grow into being a son, you begin to understand prescribed paths in the spirit. This understanding is crucial to be able to escape another spirit who also understands the path in the spirit. Every man is vulnerable till he sits on the throne of God. That is why he keeps trailing souls, tempting them to step outside the boundaries of life so they will be denied the privilege of sitting on the throne. Apart from our Lord Jesus Christ, another example of men who escaped Satan was Job.

Job was far from a pious man; he was someone who had God’s knowledge, because you cannot have fear of the God that you do not know. Satan, however, has no respect for sons. Each time God announces a son in the spirit, Satan comes to check them out. Sin, in this respect, is stepping out of the way of the Spirit. Jesus, understanding temptation at this level, knows exactly how to succour those who are tempted in like manner. This succoring is that which the shepherd does for the sheep.

The job of the High Priest is that of being a succour; that is also the work of the Shepherd. What makes the Lord the Great Shepherd is that He can save souls to the uttermost. What we need to do is trust this ministry of the High Priest to the end. Discerning this ministry is key to being able to align with it and benefiting from it. The Lord is a Perfect Gentleman; there are aspects of His ministry that you will not be able to engage if you cannot discern them. Discerning them is key to engaging the ministry.