The Authoring of an Unfinished Faith - Part 3 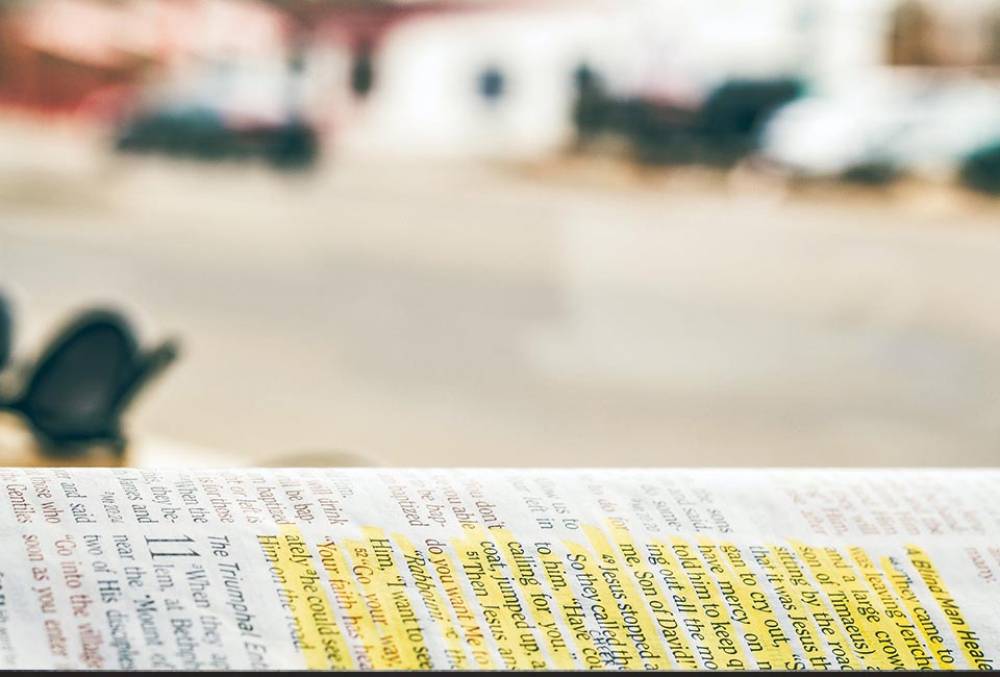 There was a kind of Faith that once thrived in Eden before the fall of man. That Faith once flourished because of the availability of a dimension of the Presence/Knowledge of God that caused men to live about a millennia then. In order for sin to reign in the souls of men after man's spirit had died through disobedience, Satan had to attack the faith life by deceiving men to celebrate Independence From God,which created The First Idol Called Self through the likes of Cain, Nimrod etc. Such was the qualitative Faith life that God later succeeded in resurrecting through the likes of Father Abraham, but by the time the Lord Jesus came, man/nations had been weakened by the Love of The World (1Jn. 2:15) and virtually all men were without 'strength'. (Ezek. 14:12/Rom. 5:6)

God in His Wisdom therefore had to step-down and begin with a Kind of Faith that mankind could relate with, one that only required them to BELIEVE. With this, man could engage the beginner course of Faith where we BELIEVE IN GOD, were such can trust God to meet their personal needs, ranging from their marital, security, financial to their emotional needs, which brought us all to Christ. This phase of 'ONLY BELIEVE' is meant to be a transitional phase and not a tabernacle experience, because the actual experience of God is tied to KNOWING IN GOD. Believers therefore struggle with God when he attempts to wean such from the beginning meals of faith and introduce them to a higher kind of faith, just like a child about to be weaned from the breast would. (Mark 11:22-23/Isa. 28:9).

Some Scriptural Clarifying The Difference Between BELIEVING & KNOWING Christ

Mark 5:36 "As soon as Jesus heard the word that was spoken, he saith unto the ruler of the synagogue, Be not afraid, only BELIEVE" (i.e. the criteria for receiving miracles)

Isa. 28:9Whom shall he teach KNOWLEDGE (i.e. knowledge faith meals)? and whom shall he make to understand doctrine them that are weaned from the Milk (believing faith meals), and drawn from the breasts.

Mal. 2:7 "For the Priest's lips should keep KNOWLEDGE, and they should seek the law at his mouth"
(i.e. Gentiles/Children of Israel/Levites had no access to Gods Knowledge. Only priests did)

1 Tim. 2:4 Who will have all men to be saved (i.e. become BELIEVERS), and to come unto the knowledge of the truth (i.e. become KNOWLEDGEABLE).

The Lord Jesus therefore struggled to speak of 'Heavenly Things' and had to narrow down his ministrations to the 'Earthly Things' which carnal men (believers and unbelievers) could relate with. He had to appear to the apostles for a space of 40 days after His resurrection before he could expressly communicate some Heavenly Things/Kingdom Secrets which still had to be amplified by the Spirit of truth. (Jn. 14:26/Acts 1:3)

Jn. 3:12 'If I have told you earthly things, and ye believe not, how shall ye believe, if I tell you of heavenly things?'

This is the reason why there is a difference between the exploits or fruits of Faith recorded in Matthew to John and those recorded in Romans to Revelation where there was hardly a record of a physical miracle. Why? Because the Faith in operation in the epistles awoke believers to'KNOWLEDGE OF GOD' (1 Cor. 15:34/2 Cor. 10:5) while that in the gospels (Matthew to John) helped men to 'BELIEVE IN GOD' (Heb. 6:1)

This was the reason why the early Apostles were communicating things that were not just relevant to this present world but relevant to the world to come when Christ's kingdom would be made manifest. (2 Tim. 4:10/Mark 10:30/1 Jn. 2:15/Eph. 2:7/Heb. 2:5)

The books of Matthew to Acts therefore contained experiences where Christ wisely promoted "Faith Towards God" unto the Jews and Gentiles who had been weakened by the inability of the Law to build men spiritually for centuries. This beginner course of faith could be assimilated by Children who had no clue of the responsibility of a spiritual maturity which they could only come into via a higher faith meal that transform internally and produces 'Sons of God'.

Heb 5:12-13 "For when for the time ye ought to be teachers, ye have need that one teach you again which be the first principles of 'the Word of God' (detailed in Heb. 6:1-2); and are become such as have need of milk, and not of strong meat. For every one that uses milk is unskillful in The Word Of Righteousness: for he is a babe."
(i.e. This is an admonition to migrate from being 'A BELIEVER' to being A' KNOWER' via a higher/spiritual meal)

Heb. 6:1 "Therefore LEAVING the elementary principles of the doctrine of Christ, and go on untoSpiritual Maturity/Perfection; not laying again the foundation of repentance from dead works, and of Faith Toward God

So there is a Kind of Faith that 'Gentiles or unbelievers' like the Syrophenician woman or the centurion man could relate with and get their financial/health or material needs addressed and because of the carnal state of Isreal then, Christ called it 'a great Faith', even though they were unbelievers!

That was the same kind of Faith that Jews/believers like blind Bartimaeus/Zacheus employed to get their miracles as they responded to one 'spoken word' or another.

That is the kind of Faith that young believers can understand or relate with, because it 'brings many natural promises to pass' and helps from childhood to infanthood but not adulthood! Though it has raised many great ministries to the glory of God and thereby brought Breakthroughs to different areas of our natural life and the outward man, it can't transform/raise/build the inner man - THE SOUL.

So a Higher Faith was designed to get the job of Soul Reconstruction done! One that would enable a believer to press into the New Testament Calling to ultimately inherit our Spiritual Inheritance/Blessing, i.e. Inherit God! This is a Purely Spiritual Faith and is resident in the Face Ministry of Christ (2Cor. 3:18/4:6) which is eternally different from the preeminent Blessings of His Hands. This is the aspect of Faith that would bring us unto The End of Faith, The Salvation Of Our Souls! 1Pet. 1:9.