(SEPT. 2019 WTV) Overcoming Sin nature by being born of God 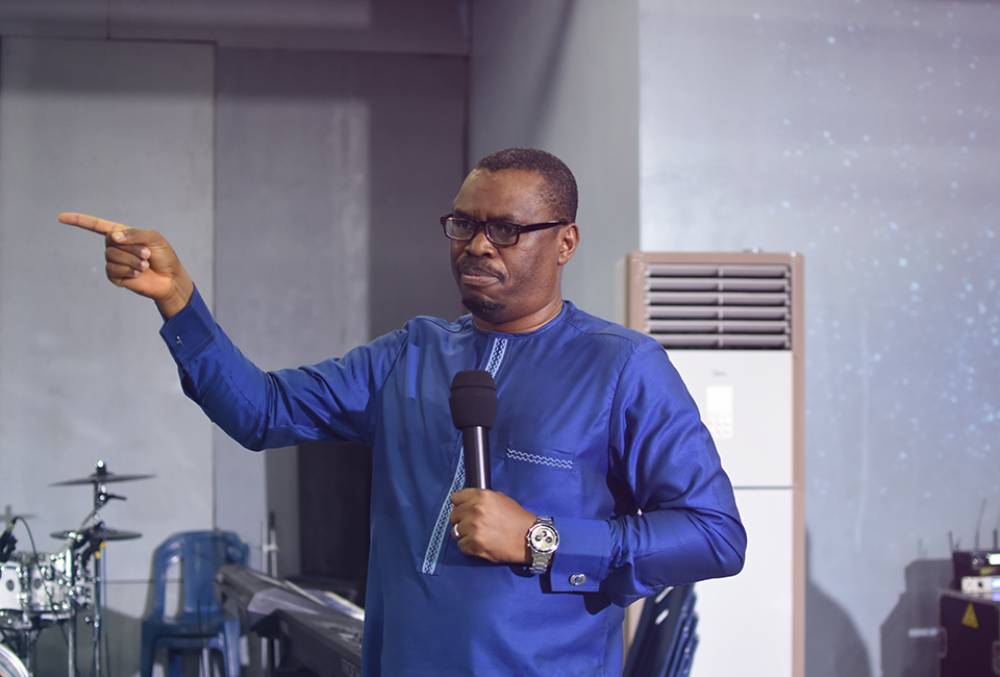 One of the things that the Lord is laying emphasis on is the eradication of sin from the church. This church spoken of is not a certain local church but the entire body of Christ. When God speaks He speaks seeing the whole body of Christ. This means that the emphasis of the spirit is the same all over the world. God desires to rid sin from the church because He wants to purify the church. Hitherto, sin has embarrassed the church all over the world. Sin is so bad because it has affected even the mindsets of the preachers that they seem to think nothing can be done about it.

The separation of Holiness so far has been according to the light that has been shed, which is that of repentance from dead works. It would take the present day ministry of Jesus to purge our sins. This is why there is so much emphasis on the priesthood. This priesthood has to be preached until sin is done away with.

The program that God is running in the church is found in Daniel 9:24 “...to finish the transgression, and to make an end of sins, and to make reconciliation for iniquity, and to bring in everlasting righteousness, and to seal up the vision and prophecy, and to anoint the most Holy”. You cannot put an end to transgression without anointing the holy one.sin is of the present order. Angels are kinds of priests. The priest that sin was found in was a product of the most holy. The right hand is found in the most holy, it is in this realm that things of perfection flow. This also means that the priest that sin was found in was a high one.

Sin is a mystery that is older than the church. It had been there before man was created. It was found among the angels and it spread among the angels like a virus. The bible makes us understand in Heb2:2 that the word spoken by angels was steadfast. This means that sin is a word that is steadfast, it has the ability to fasten itself to a man and hold him steady until he is utterly consumed by sin.

Sin is so bad that it found its way into the law and ruined it. The Pharisees were called a brood of vipers because they were breeding sin. Adam was the first melchizedek. He was not supposed to use the law of angels though he was made lower than the angels. The angels were baffled at what sin did in their realm and wondered at how God wished to deal with it. God wanted to use Adam to evolve another order. God’s intention was not for Adam to use the order of the present which had been proven faulty, because the law made nothing perfect but the bringing in of a better hope did, by which we draw nigh unto God. it is death that makes us unable to draw near unto God.

Sin is the law of satan. Sin wanted to ascend above the clouds of God and reign above all that has been created. The intent of Satan was to make all men learn sin. For the sun to smite a man is for sin to reign over a man. This sun is not the sunlight of the day but the face of the covering cast. When it cast its light which is its knowledge upon a man, such a man will learn sin. This light was cast upon Cain and He learned sin. Adam was the first Melchizedek. He was made from another order. The first begotten of this order was said to be higher than the heavens meaning that his law is higher than sin and death. The law of sin is erased by bringing in another law that is higher.

To take away an order, the law has to be taken away first. God understood that the fastest way to expire sin was to deal with it in the flesh. This means that if transgression is left in the realm of the spirit it would be difficult to finish it. It was allowed entrance into a man in order to quarantine it.

It is little wonder that God would reward man because man helped him trap sin and weaken it. This is also why angels are happy to minister to men because they behold a wonder; men quarantining sin. Sin is weaker in the flesh and thus can easily be dealt with in the flesh than in the spirit. The boast of sin is that man is lower than spirit and if he could conquer spirits then he can deal with man. Sin can go as far as man can go; marriage, child bearing, business, etc, God made it in this order to bring an end to sin because where sin abounds, grace abounds much more (Romans 5:20).

The Melchizedek order explains a process that only men go through. Jesus was made after the similitude of the Melchizedek order. Jesus introduced another order into the flesh. In this order, sin would follow a man to the point that sin can no longer go out but would be expired. This process is the process of change. It is in the flesh that sin is expired. Jesus became us that we might become Him. Through death, He put an end to death. This is why spirits argue that He did not come in the flesh because it is in the flesh that sin is put to an end. Sin is weak, it cannot stand the force of righteousness. At the introduction of the melchizedek order through the hearing of the high priest men are changed. Such a man would do righteousness until He becomes the king of righteousness. After this. Commandments of peace would also be done.

The holy prophets prophesied things that Jesus came to fulfil. This is why the testimony of Jesus is the spirit of prophecy.

The purpose of revelation of righteousness is to enable us to walk just as Jesus did. It is as we walk that sin and iniquity are expired. Sin was not just a mystery it also created paths wherein men walked. We would walk out of sin by walking in the path of righteousness.

Fear is love at a very high pedigree. It is in Christ we begin to learn fear. The fear of the Lord is the fear that is in Christ, this is why He was heard.

We make haste so that we would not be ashamed. This haste we make is to quickly agree with sin. Sin hides thinking nothing will find it out but the waters of righteousness will find it out in our souls and purge it from the hidden places of our souls. By the bringing in of everlasting covenant, death will be disannulled. Death is what we love but it would be disannulled. The lies that sin has built as a tower, it makes it so convincing to us but it would be swept off by everlasting righteousness. 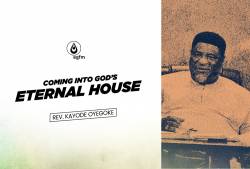 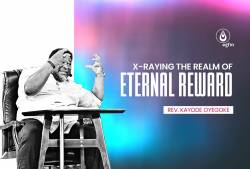 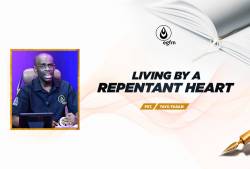 Living by a Repentant Heart (LSC)