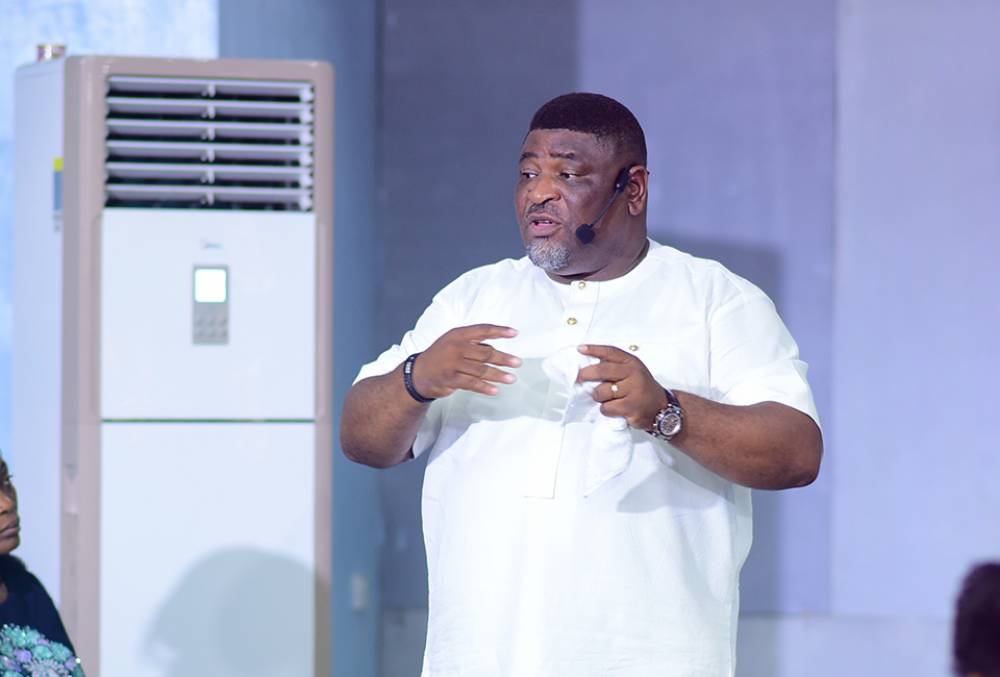 on   Jun 17, 2020     by   Rev. Kayode Oyegoke  in   Transcript ,
God saves by turning on His strength. The ministry of turning begins with Christ. You cannot be said to have met Christ except He has turned you. The Lord teaches you to turn you. The Lord commissioned Paul to turn believers by causing their eyes to be opened (Acts 26:17-18). Paul was to be delivered so he could deliver. This is vital because the destiny of every believer will not be realised until he/she turns. Being turned by Christ is preparation of the saint to be turned by God. What they are to be turned from is called “the power of Satan”. This power of Satan is less than Satan himself because it is what he uses.
Read More 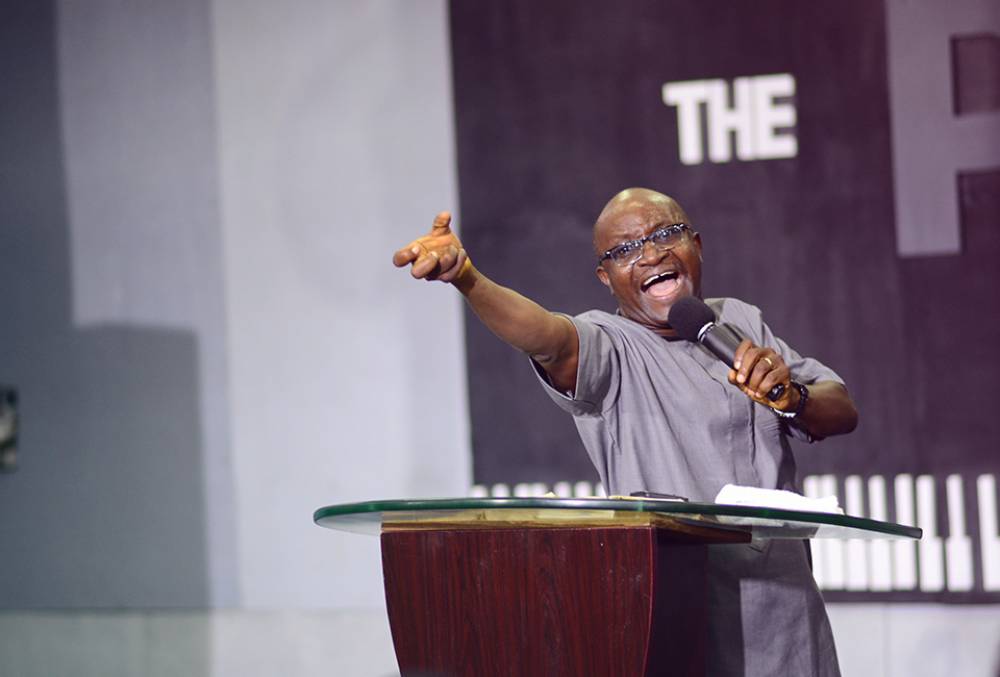 on   Jun 17, 2020     by   Rev. Ken Igbinedion  in   Transcript ,
Our race is the race of eternal life. While Christ is our life, God is our life eternal. To run the race is to embark on a journey to the hope which is behind the veil. David said, “Bless the Lord O, my soul, bless His holy name” (Psalm 103:1). The holy name of the Lord is that which is found in the holy place. The revelation of the name of the Lord progresses from the realm of righteousness to the dimension of God’s holiness. There are different kinds of angelic activities revolving round the subject of healing. There are angels that perform healing but do not do anything else. However, there are angels who dispense word for the healing of the soul and, as such, other healing graces and gifts follow.
Read More 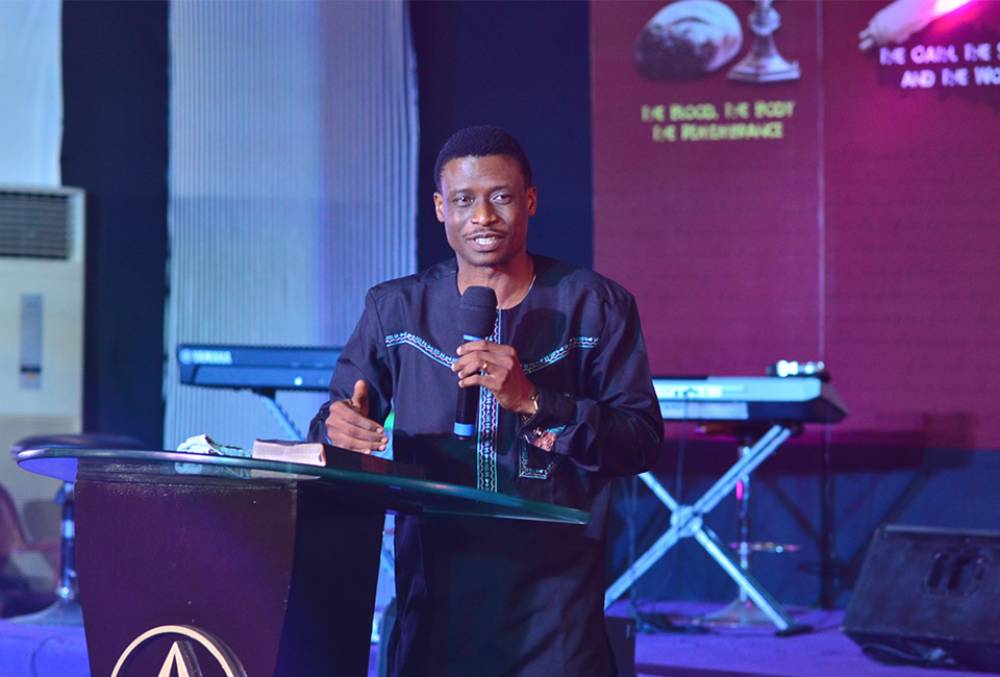 on   Jun 17, 2020     by   Pastor Tosin Gabriel  in   Transcript ,
There is a feast God has prepared for us upon this mountain. This feast is a feast of light targeted at breaking the covering cast over the people and swallowing up death. God is going to swallow up death by the removal of veils. For death to be removed, there have to be unveilings. This feast is going to be a feast of unveilings. It is pitiful that man has seen death as life and struggles to let it go but it would take an unveiling for man to see death as his enemy. The last enemy that is to be destroyed is death (1 Cor. 15:26). Death is an enemy that has been packaged as life for men. Death is beyond the upbringing of a man, it has properties and constitutions. It is possible to be in death while still alive bodily because “she that liveth in pleasure is dead while she liveth” (1 Tim. 5:6).
Read More 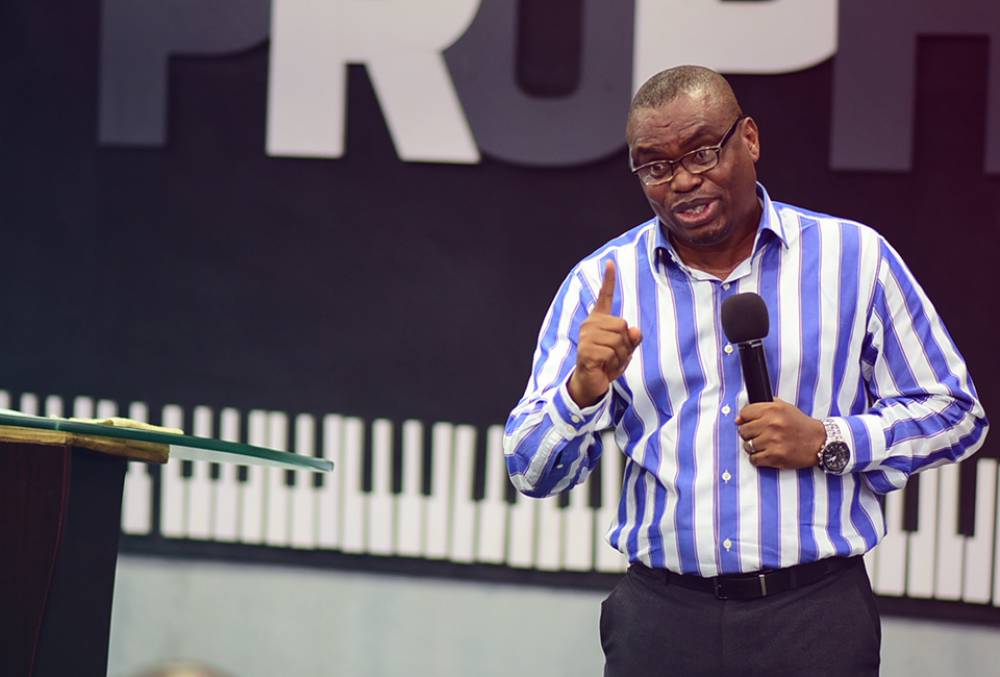 on   Jun 17, 2020     by   Pastor Emeka Egwuchukwu  in   Transcript ,
Abraham’s journeying with God was not just a physical journey but a journey of transformation. As he journeyed, he changed. These changes were not as a result of the food which he ate but the commandments that God gave him which he kept. One of the commandments that God gave Abraham which he kept was to wait patiently. The journey of the fathers of Israel was not a rosy one but one that brought about a change to their persons. At the time Abraham was upon the mountain, he was no longer the man that left Mesopotamia because he had changed.
Read More 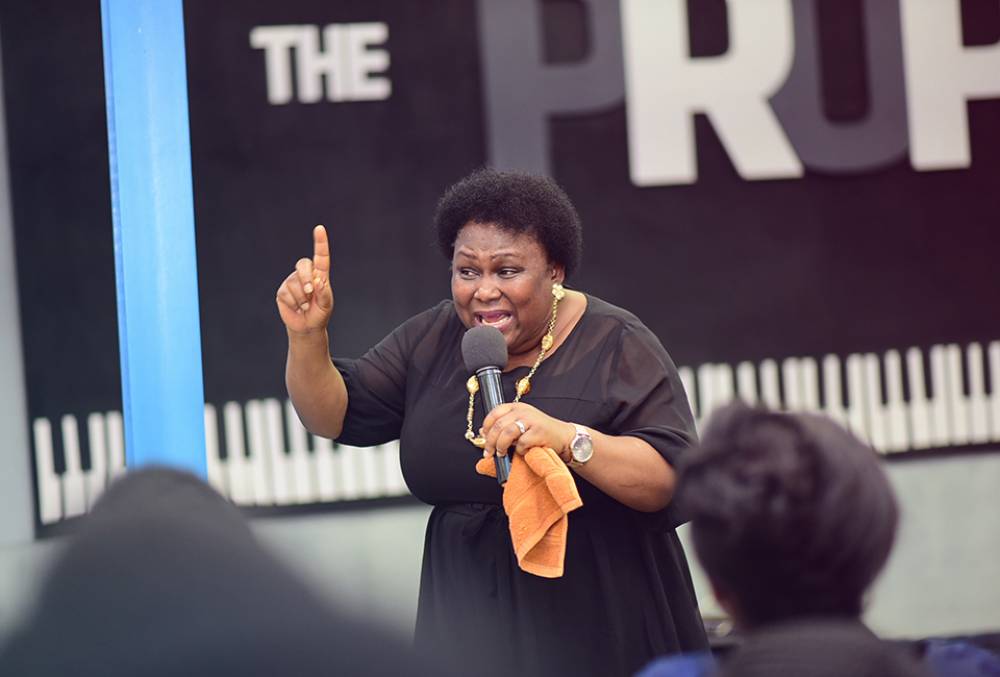 on   Jun 17, 2020     by   Rev . (Mrs) Helen Oyegoke  in   Transcript ,
In recent times, the Lord has been unveiling the book of Hebrews in an unusual manner. We are in the company of that Hebrew church that have been journeying by the faith of the Son. The journey of faith is that which prepares us to be able to hear and inherit God. God wants to give ‘gifts of sons’ to Jesus this is why it is important that the people become spiritual sons. The journey of spirituality must not be handled with levity because flesh and blood cannot enter into the realm of God. The program of God is to cause men to migrate from flesh into spirits. This migration from flesh to spirit can only occur by the teachings of faith. It takes a spiritual person to hear the sayings of God. The spiritual walk and journey begins with the opening of the eyes of the understanding.
Read More 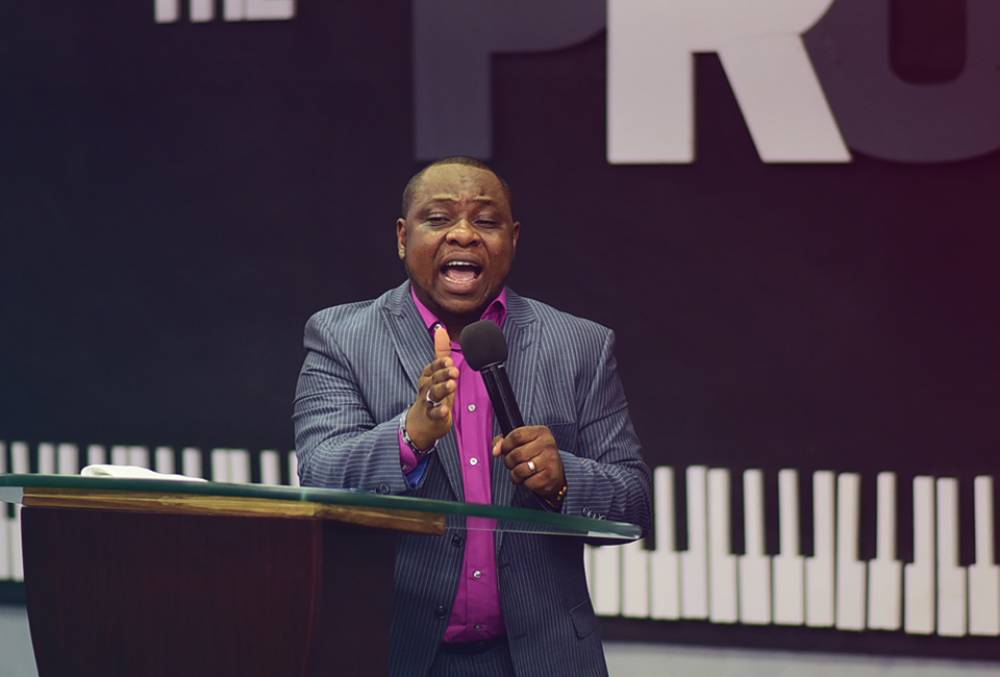 (MARCH. 2019 WTV) Understanding the Day of the Lord

on   Jun 17, 2020     by   Pastor Tayo Ladejo  in   Transcript ,
The day of the Lord is characterised by tares and wheat. Tares are an exact look alike of the wheat. It will only take the discerning to distinguish between these two. The challenge of the day of the Lord is falsehood, it takes the discernment to survive. The Lord gave a wisdom which is to allow for both the tares and the wheat to grow together. At harvest the difference between wheat and tare is made clear; the wheat’s fluorescent bows but that of the tares remains erect. The wheat is characterized by the spirit of truth while that of the tares is known by the spirit of error. The product of the wheat is brokenness, but that of the tares is falsehood, arrogance, the pride of life.
Read More 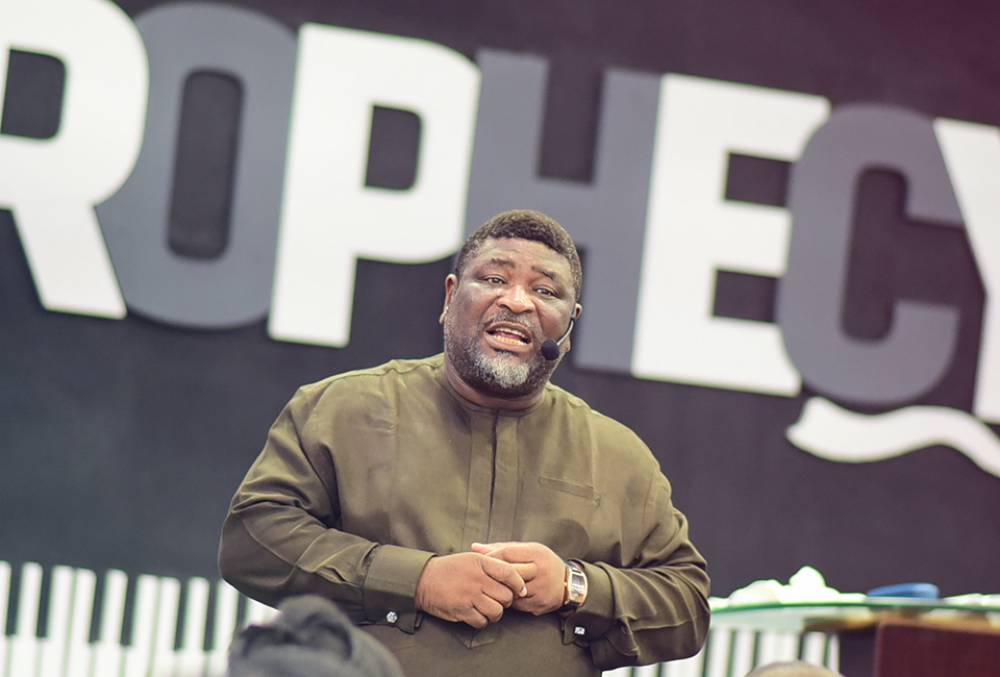 on   Jun 17, 2020     by   Rev. Kayode Oyegoke  in   Transcript ,
The fellows mentioned in the above text are those who will access what Jesus has come into, they are the company of Jesus. Jesus is the first being of this order and God’s intention is to bring many into the privilege of partaking of the throne. Jesus received the promise of being enthroned. This achievement of Jesus was the fruit of the oath God swore to David in Psalm 132:11. The throne of David was not limited to the earthly because Herod the Edomite sat on the throne, David pressed further into the throne in the realm of the Spirit. He was able to achieve this because of the nature of his heart which sought to do all the will of God and finish it (Acts 13:22).
Read More 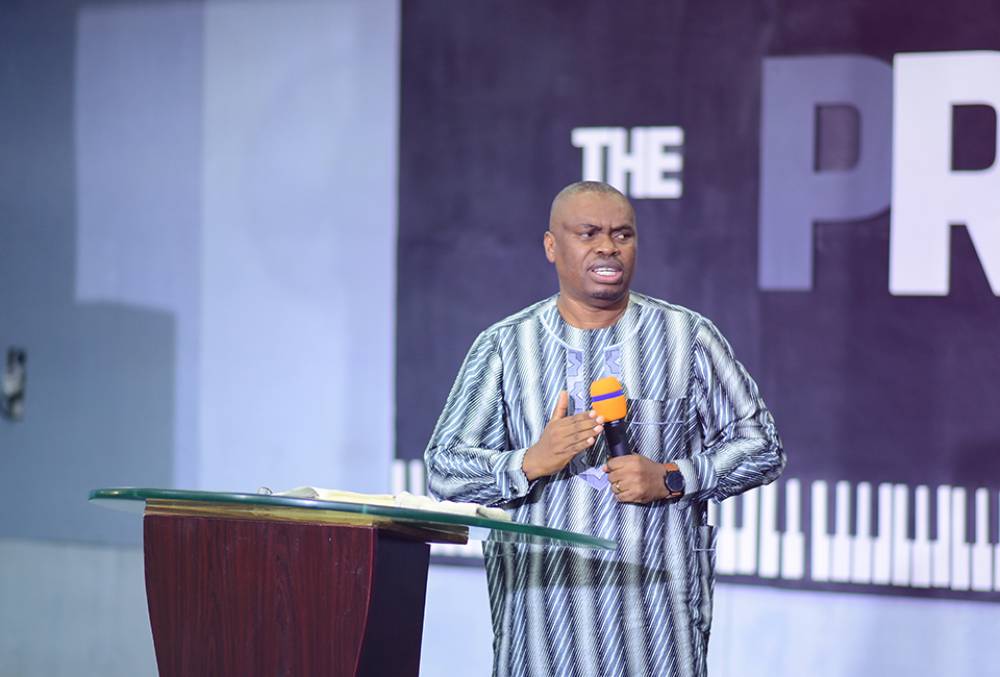 on   Jun 17, 2020     by   Pastor Emeka Egwuchukwu  in   Transcript ,
The mystery of godliness is a great thing to God, not only man. Faith is a mystery, and there are other mysteries in the New Testament. For instance, the Bible says there is the “mystery of God, and of the Father and of Christ” (Colossians 2). All other mysteries are all sub-zoomed into this great mystery called “the mystery of godliness”. God is not eternity; He is eternal life. He is greater than eternity for He holds it. He is the One who apportions ages. Just as the builder of the house is of more honour than the house, God is higher and far greater than eternity.
Read More 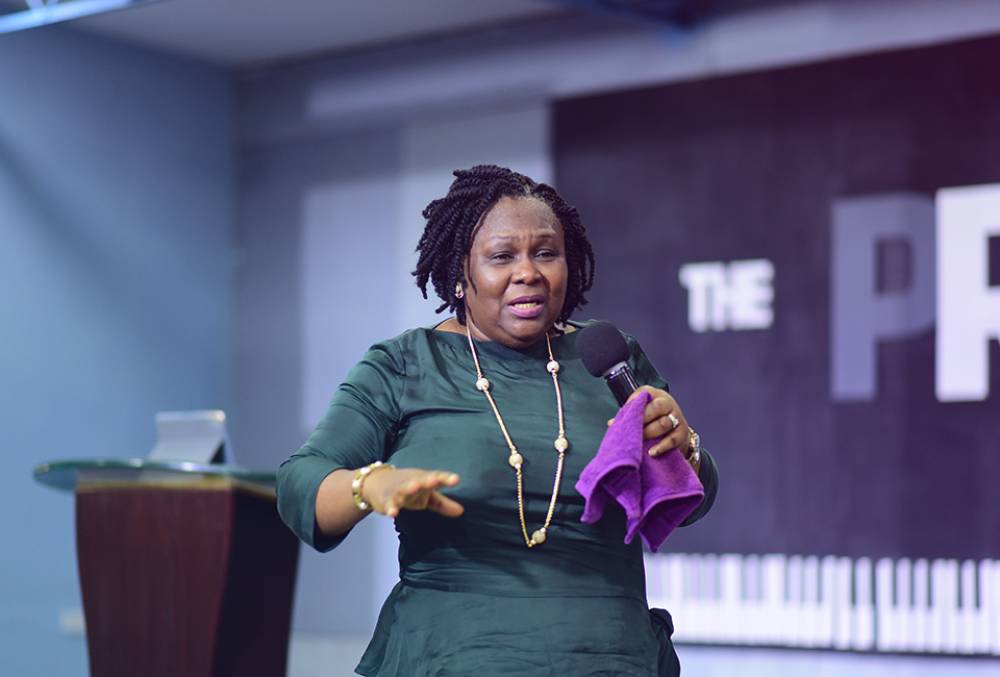 on   Jun 17, 2020     by   Rev . (Mrs) Helen Oyegoke  in   Transcript ,
It is humility to submit to the teaching of Christ. The revelation of Christ is for edification. There are principles which guide the inheritance of Christ, and they must be known, lest we fall short of the blessings attached to it. The message of eternal life is God’s project, and it is the inheritance of many. That a man is rich in earthly substance, or intelligent, doesn’t separate him from the flesh. The gospel of salvation is to all flesh in their various forms.
Read More 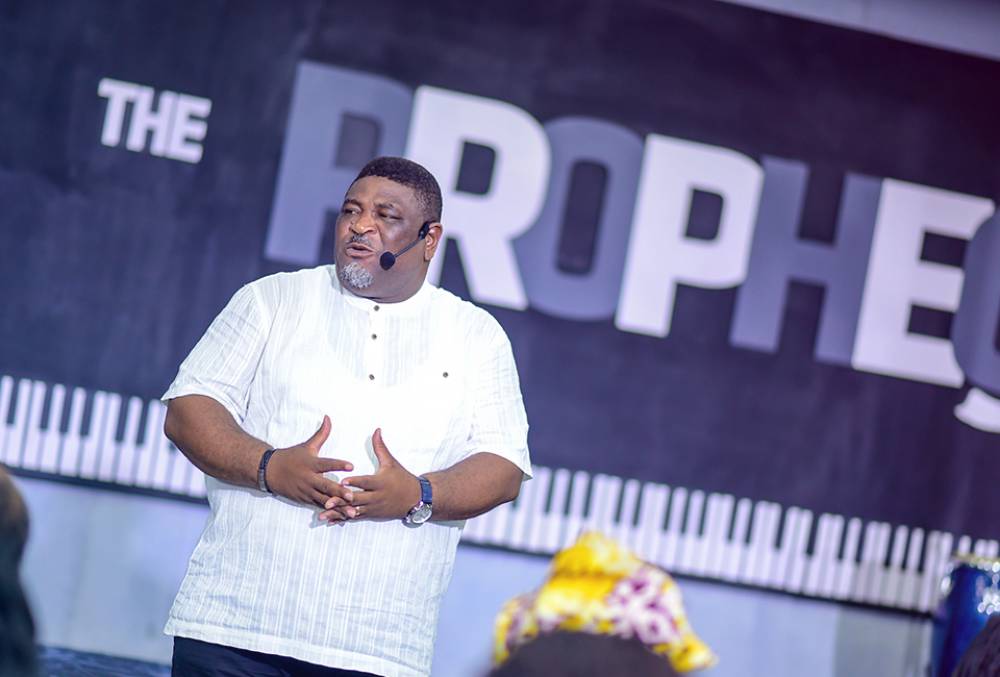 on   Jun 17, 2020     by   Rev. Kayode Oyegoke  in   Transcript ,
In Genesis, God’s presence left the garden of Eden and lived under “the faces of Yahweh.” When Adam was still in the garden, there was no need for many systems that have now developed such as judges, lawyers, doctors and the likes, because man was in sync with God. The only needed resource for man in that time was the face of God. It is interesting to know that the healing gifts are as a result of the fall of man. If sin had not entered into man, there would be no need to repair anything, because all things were managed by God.
Read More